Banreservas delegation meets with investors interested in the DR in France 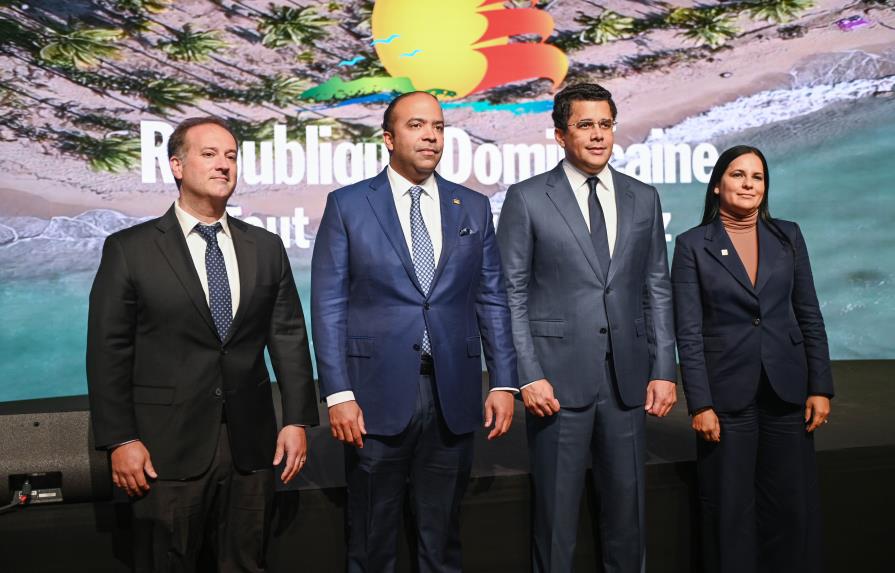 Samuel Pereyra led a series of meetings within the framework of the International French Travel Market.

A delegation of Banco de Reservas (Banreservas), headed by its administrator Samuel Pereyra, held meetings in France with clients interested in investing in the development of Bergantín, Jarabacoa, Puerto Plata, Palenque beach, the eastern zone and other localities of the Dominican Republic.

In a press release, Banreservas informed that among these meetings were those held with representatives of the hotel groups Recaindu Holding, Paramount Hotels & Resorts, Piñeiro, Inverotel, Sky Cana, MGM Muthu, Posadas and De Valle, among others.

The Banreservas delegation developed business negotiations with the Ministry of Tourism, to arrange investment projects for the Dominican Republic.

Pereyra led the meetings held with investors interested in hotel projects, as well as with tour operators and executives of various companies in the value chain of the entertainment industry.

The extensive agenda of meetings was held in Paris, within the framework of the fair held from the 20th to the 23rd of this month, with the purpose of promoting tourism in the Dominican Republic.

IFTM-Top Resa traditionally brings together more than 34,000 professionals from the tourism sector and, in this 43rd edition, took on special significance for the Dominican Republic and the consolidation of its tourism reactivation. This year it had more than 20,000 visitors and 500 exhibitors.

After the International Tourism Fair (Fitur) in Madrid, the IFTM-Top Resa is the second tourism fair to be held in person, after the Covid-19 pandemic.

France has great potential as an issuer of tourists to the Dominican Republic, being one of the main European countries with the highest number of visitors. Between January and August 2022, a total of 160,985 French tourists visited the country, representing 16% of visitors from the European market, according to Central Bank figures cited in the Banreservas press release.

From August 2020 to date, Banreservas has supported projects that are in the process of construction, which will provide more than 2,400 rooms, a new cruise port and a theme park, which will generate more than 6,000 direct and indirect jobs nationwide.

The administration has also approved more than US$400 million in financing, exceeding investments for a total amount of US$985 million.

Banreservas informed that it is currently evaluating operations that will exceed 1.5 billion dollars, equivalent to 80 billion pesos, destined for the construction of new hotel projects, which will be added to the complementary offer of tourism that is planned to be established in the different tourist poles of the Dominican Republic.

In order to promote Dominican art and culture, Banreservas held two exhibitions in Paris of the works of the outstanding painter Iván Tovar, who for many years resided in France.

The exhibition, composed of 11 pieces by the renowned artist, was opened on the opening day of the fair, with the presence of the Minister of Tourism, David Collado and other representatives of the Dominican delegation attending the conclave, as well as businessmen from the sector.

At the end of the exhibition at the fairgrounds, the exhibition was moved to the Dominican embassy in Paris, where it will be open to the public for a month. In this activity, which counted with the collaboration of Ambassador Rosa Hernández de Grullón, participated the widow of Iván Tovar, María Castillo; his daughter Daniela Tovar and Yurit Ruiz, from the Tovar Foundation.

Members of the Dominican diplomatic representation in Europe were also present.